I usually would recommend using the 64-bit version of Ubuntu (if you have a 64 bit machine of course). I have heard that 64 bit will use significantly more memory. I decided to do a little test for myself using a 32 and 64 bit Ubuntu 7.10 Desktop CDs in the same computer.

Opening a BIG picture (courtesy of http://spacetelescope.org/ ) It's heic0710a.tif btw. About 700 mb picture of a spiral galaxy.

32 Bit, slowly loaded it into memory over the network and then apparently failed silently:

64 Bit had success opening the picture of a galaxy (slowly)! 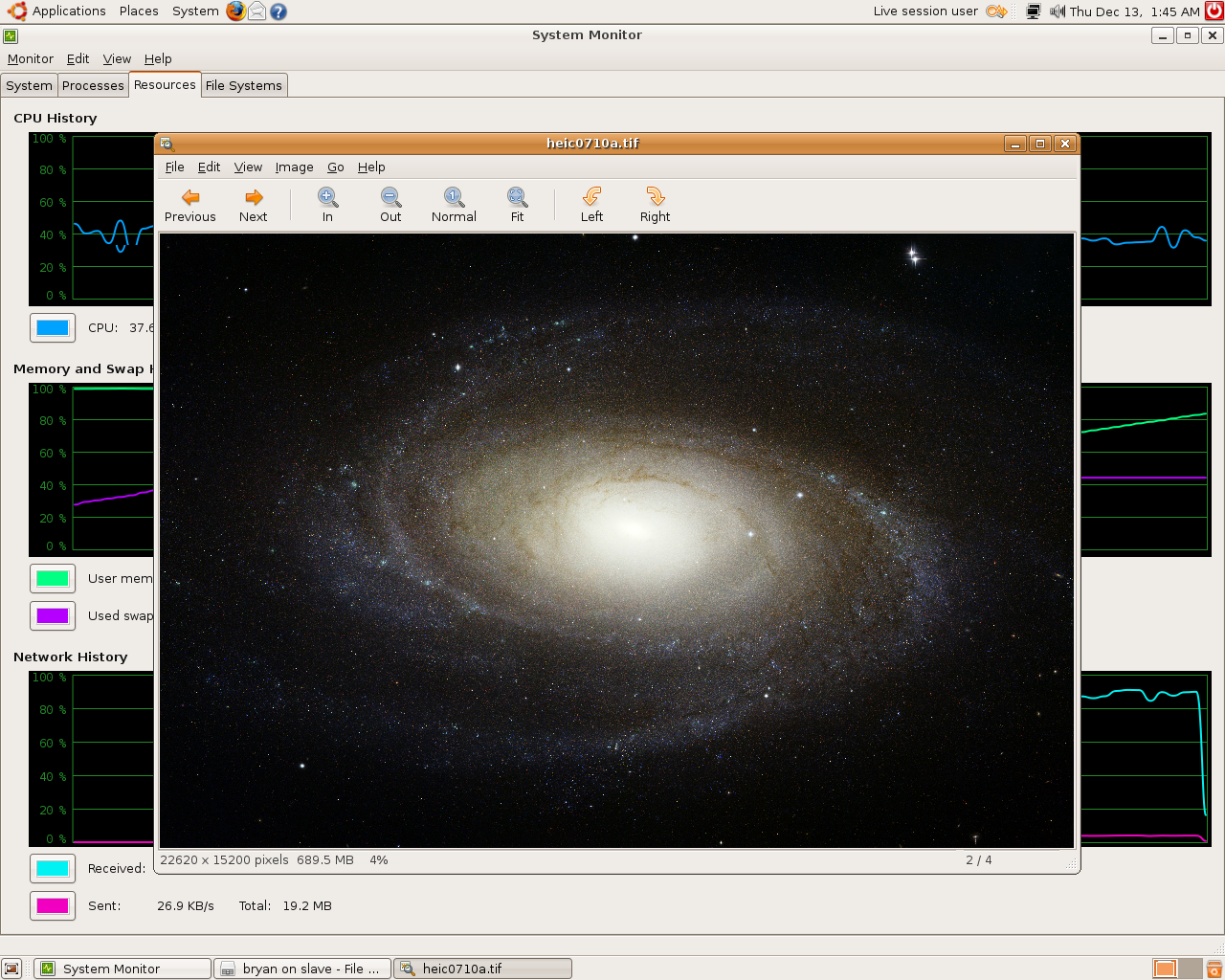 However 64 bit "cheated" and used swap space which the 32 bit version didn't do. Perhaps because the Ubuntu installed to the hard drive uses 64 bit?