Lines of code (LOC) has some known flaws, but one of its advantages is that it lets humans visualize it for a small enough number. For bigger numbers like 100,000 vs 200,000 lines of code it really doesn't help us humans picture it.

For big enough changes, you could switch to just compressing the diff and measuring that. That also nicely tracks what developers would have to actually download to get the new changes. It also helps with understanding the bandwidth requirements of contributing to a project. 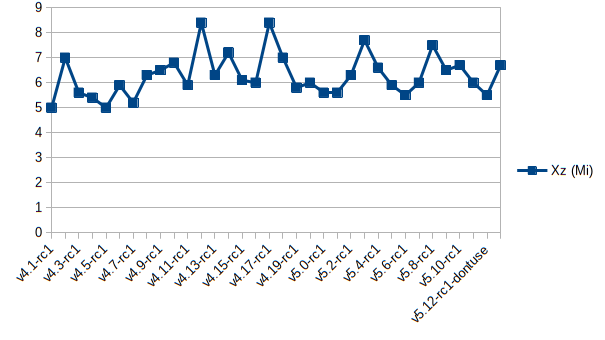 Here is a comparison of how far apart the LOC numbers are from the compressed diff numbers - the longer the line is the further apart they are. The numbers are normalized to 0-1. As you can see, they generally line up. 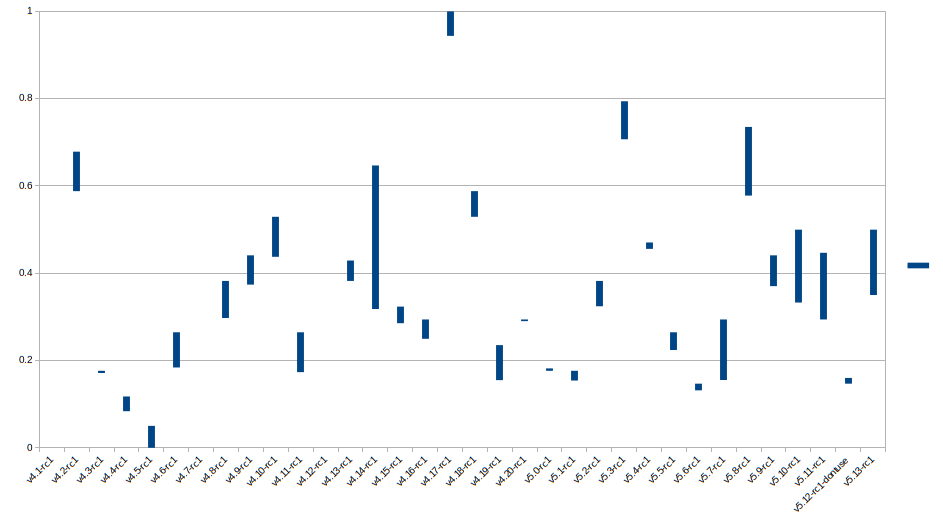 (You can get the raw spreadsheet here )

Let's get some numbers from another project - say systemd.

This isn't ground breaking, but it may prove to be slightly more useful than using LOCs. At the very least as an alternative, it could help put less emphasis on LOCs.

Some interesting future things to look at:

Feel free to make a PR to add comments!